Our team of young but seasoned professionals is passionate about creating a superior home financing experience. 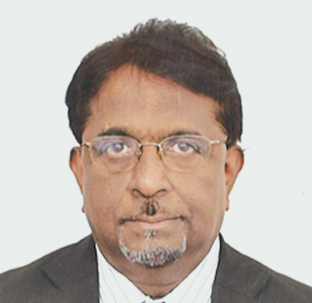 He possesses over four decades of experience in the various facets of banking and financial services sector.

For over two decades, he has worked in large banks such as SBI and ICICI. The bulk of this experience was in Corporate Banking and SME financing. Later, Mr. Prasad served as the Managing Director and Chief Executive Officer of Dhanlakshmi Bank. Under his leadership, the bank registered a significant increase in profitability levels and a reduction of NPA levels.

Mr. Prasad is also a specialist in turnaround management and distressed assets management. During his tenure at ICICI Bank, he headed SAMG (South). In this position, he handled stressed assets of approximately Rs. 30,000 crores. He was also a nominee director representing ICICI Bank Ltd. at the board of various companies. He has also served as the Chief Executive Officer of Alchemist Asset Reconstruction Company.

At different times in his career, he has been the Chief Executive Officer in a Mumbai- based venture capital fund and an NBFC. He has also guided an NBFC organization as an advisor and chief mentor. He has also been a board member of Hyderabad-based Spandana Micro Finance for three years.

Throughout his career, Mr. Prasad has held directorship in large companies, both in India and abroad. During his stint in Muscat, Oman, Mr. Prasad was the Chairman of a Societe Anonyme Omanaise Close (SAOC) Company. Additionally, he served as a board member for four SAOG companies. He is presently associated with a Karnataka- based steel manufacturing organization in an advisory role.

Mr. Prasad holds a degree in engineering from the Indian Institute of Science, Bangalore. He has also completed his graduation in Physics (Hons).